Over 1,000 people tuned into a virtual panel discussion on March 11 about how and why Jewish education is relevant today. Hosted by The Toronto Heschel School, the event was in honour and memory of Rabbi Lord Jonathan Sacks who sadly passed away in November. He was a world renowned Jewish thinker who bridged the religious and secular spaces through his teachings and writings.

Dr. Greg Beiles, Head of The Toronto Heschel School, was inspired to assemble the panel after reading an article by one of Rabbi Sacks’s students entitled “A Manifesto on Jewish Education.” Rabbi Sacks often wrote and spoke about Jewish education and the ethical, social, and spiritual meanings of being Jewish.

To start off the discussion, Beiles began with a quote from Rabbi Sacks’s book Letter in a Scroll. The quote is about ancient Israelites being told, as they left Egypt, that their duty was to become a nation of educators, and how educating Jewish children will be an ongoing life practice. An example he discusses states that to instill the ritual of Passover for each successive generation you have to educate children on the history of the holiday.

In response, Rabbi Splansky said the Passover Seder was set up as a means to prompt children to ask questions, allowing adults to explain the Passover story. She connected the methods used in Passover to Jewish education; going on to say that when we set up Jewish education for our children, we train them to ask questions and embrace Jewish traditions for themselves. Turkienicz chimed in, adding that quality Jewish education cannot be supplemented by Google, as Googling alone does not give children the resources to explore Judaism on a deeper level.

Another topic discussed was Rabbi Sacks’s writings on diversity. His perspective demonstrates his appreciation for otherness as an intrinsic element in life, and an essential ingredient in holistic thinking. This may be difficult to teach but it remains important. Beiles said good Jewish education can give children the skills, capacities, and proclivities to ask can we “recognize God’s image in someone who is not in my image, whose language, faith, ideals are different from mine?” Rabbi Rose responded with a term that Rabbi Sacks often used, “the dignity of difference.” He added that Jewish day schools have the opportunity to cultivate in children a sense of spiritual humility which can help them pursue their personal interaction with all people in respectful ways.

Beiles then discussed the role of the Jewish teacher, which can act as an important figure in many peoples’ lives. Rabbi Sacks wrote in his book From Optimism to Hope:

“Teachers open our eyes to the world. They give us curiosity and confidence. They teach us to ask questions. They connect us to our past and future. They’re the guardians of our social heritage. We have lots of heroes today, and they are often celebrities,athletes, supermodels, media personalities. They come, they have their fifteen minutes of fame, and they go. But the influence of good teachers stays with us. They are the people who really shape our life.”

It does not matter if you are in Jewish or secular studies, as Beiles exemplified in a quote from a previous Grade 3 student at The Toronto Heschel School. The child observed that “a silent ‘e’ in spelling is like God—its presence changes everything!” Like the silent “e” our religion is always with us.

Using Rabbi Lord Jonathan Sack’s ideas and legacy the panel of educators were able to successfully illustrate what to expect from Jewish day schools and what they aspire to always offer.

This lively discussion is recorded and available for viewing on Facebook here. 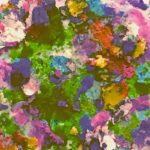 Dvora Goodman is the coordinator of The Lola Stein Institute, the centre for inventive educational thinking associated with The Toronto Heschel School. She is a consultant who works with Jewish educators in various settings across North America.

Into the Archives: Jewish life in Canada surrounding the Second World War