One afternoon, a few years ago, a large, overstuffed mailing envelope arrived in my office. The return address indicated it had come from an elementary school where I had recently spoken. In the audience that day were about 200 eager-eyed young students from Grades 1 through 3. Their teachers invited me to come and share a little bit about what it meant to be Jewish.

I opened the envelope, and 200 small pieces of paper fell onto my desk—a thank you note from each child. I read through them and smiled. Each one was carefully written, some in crayon, some in thick pencil.

About halfway into the pile, I came to my favourite note of them all.  The penciled lettering was particularly scraggly. “Dear Rabbi Glickman,” it said. “Hello. My name is Tyrone. I hope you can read my handriting. Most Christians kant. In case you forgot me, when you came to my school, I was sitting here.” At this point, Tyrone drew a diagram of his school gymnasium and conveniently put a little smiley face labeled “Me” at the spot where he sat during my talk.

“Thank you for coming to my school to speak about Judyism,” Tyron continued. “You made it interesting and lickable.”

Okay, I’ll confess—I’d forgotten what Tyrone looked like. But reading his note that day, sent my heart soaring, evidently, something I did or said made Judaism (or, to be more precise, Judyism) lickable for him, I’ve gotten plenty of compliments in my day, but nobody has ever told me that I’ve done that.

Of course, I’m not quite sure what Tyrone meant by his comment. Did I make Judaism enticing for him? Did I make it delicious? I’m not sure. All I know is that something I said that day made him come away thinking that Judaism was lickable, and that made me feel good.

Thinking about it further, I realized that it wasn’t the “thank you” part of his note that warmed my heart, it was the praise. Nobody had praised me like that before, and I think that’s why I found the note so touching.

There’s something very Jewish about my response. Even though we often say that our prayers are the way we thank God, the word for thanks doesn’t really appear all that often in Jewish liturgy. Instead, most Jewish prayers begin with “Baruch atah Adonai—praised are you, God…” and then we complete the sentence with something praiseworthy that God does: bringing forth bread from the earth, commanding us to put up a mezuzah, giving us Torah. The list of examples is almost endless.

The reason Jewish prayers praise God far more often than thanking God is that Judaism is defined by a covenantal relationship between God and the Jewish people. In other words, we’ve got an agreement with God. Our part of the deal is to keep the mitzvot (commandments); God’s job is to take care of us. Each of us—the Jewish people and God—get something out of the arrangement, and in that context, thank you wouldn’t be appropriate as anything more than a social nicety.

It’s like when you go into a store. When the cashier hands you your change, you might say “thank you,” but chances are you’d just be saying that to be polite rather than to express any deep sense of gratitude. You know that by them handing you your change, the cashier is simply doing their job. If you really wanted to say something nice, you would probably want to compliment—praise—that cashier rather than thank them.  You’d say something like: “I’ve been shopping here for years, and you’ve gotten my change right every time—good job!”; “Your smile and kindness really brighten my day whenever I come here”; “I really like that new tattoo of yours. Who’s Bubba?”

In other words, when someone is doing their job, it is words of praise rather than words of thanks that can really elevate them. That’s why we Jews pray the way we do, and that’s probably why I loved reading Tyrone’s note as much as I did.

You might want to keep this in mind when interacting with people. Saying thank you is often the polite thing to do, and it’s often pretty easy. But when someone fulfills an obligation, and does it well, one of the greatest things you can do for them is to share some heartfelt words of praise.

Chances are that those words will move the person to whom you’re speaking. And chances are they’ll find the entire experience quite lickable, indeed. 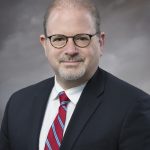 Rabbi Mark Glickman is the spiritual leader of Temple B’nai Tikvah, in Calgary. He is also the author of Sacred Treasure: The Cairo Genizah (Jewish Lights, 2011), and Stolen Words: The Nazi Plunder of Jewish Books (JPS, 2016).

Why we fight for Nasrin Sotoudeh’s freedom