The Niv team wanted to ask Jewish drag artists in Canada what made them become involved with drag and who are the artists they look up to. The photos capture the spirit of the drag artists, giving us a glimpse of what it would be like to meet them in-person.

Drag brings together so many art forms – makeup, fashion, dance, music, acting – which made it the perfect outlet for all of my creativity. I worked as a makeup artist for several years, so the transition from painting others to painting myself was an easy one.

My first ever performance was at an event called “Jew-Paul’s Drag Race,” so I think I’ve got the Toronto Jewish drag market cornered! Being an Israeli Jew means that Jewish culture runs through my veins. For example, one of my favourite drag outfits is a repurposed IDF uniform that I received as a gift from a queer soldier. I also love to perform Israeli songs that humanize Jews and Israelis in queer spaces, which have been known to be unwelcoming to Jews in the past. I am very vocal about my queerness and my Judaism – if they don’t like it, they don’t have to watch!

Just one?! In 2019 I started a tradition with Hillel York called “8 Gays of Channukah,” which is now an annual show that features queer Jewish artists. In that first show I opened the second act with Caissie Levy’s rendition of “Let It Go.” I couldn’t find “snow in a can,” so I used L’Oreal hairspray instead! It’s only by sheer luck that the tealights on the front row tables didn’t go up in flames, but it was a magical evening full of queer Jewish art.

Willam was the first drag queen I ever saw online, which drew me into the world of “RuPaul’s Drag Race.” Trixie Mattel is another favourite, she is such a hard worker and is great at branding. I also love my Toronto-based sisters: Opal Debris, Chianti, Eve Anne Jellicle, Tiancé, and Jenna Seppa.

I think what really drew me to drag was that it seemed like the perfect visual medium with which to tell stories. I love fashion and styling, and have a background in dancing, acting, and musical theatre so this mode of expression seemed ideal for me. I’m a bit of a control freak, and while I have enjoyed being in plays, I love drag because I’m the director, stylist, choreographer, performer and producer. It’s really all my vision and I have complete creative control to tell whatever story I want, however I want.

Jewish culture is a great source of inspiration for me, especially when it comes to the humour and theatrics. My great grandmother was actually quite successful in Yiddish theatre in New York, so I’d like to think I’m continuing a long legacy of Jewish performance art in her name. On a couple of occasions I’ve had the pleasure of doing a very directly Jewish number, and I hope when I perform “Remember That We Suffered” from the amazing and very Jewish television show Crazy Ex-Girlfriend the one Jewish person in the audience is living for the representation. In another recent, quarantine number I juxtaposed Christmas and Chanukah via a mashup of The Black Parade by My Chemical Romance and All I Want for Christmas by Mariah Carrey. I think you can guess which one represents Chanukah.

My most memorable performance was definitely one I refer to as my Climate Change Mashup that I created for Science is a Drag 2019. I really enjoy telling stories through my drag, and I have a passion for science communication, so this was a challenge that definitely paid off in which I explained climate change via a mix of three songs and many costume reveals. If you’re interested, it’s on my IGTV @bigdragmike.

My favourite local performers are Gay Jesus, Allysin Chaynes, Champanga, Bom Bae, Ocean Giovani, Dank Sinatra, and Manny Dingo just to name a few. Toronto is chock-full of talented performers and there are far too many to name. My favourite Drag Race queen is Shea Coulée and Landon Cider is such an amazing King, one of the few that is a household name.

What first drew me to drag performance was the ability to combine so many different creative practices into one. There’s something so enthralling about watching a drag artist perform, and the more I learned about drag the more it felt like something I needed to be a part of. Drag came to me at a time when I was really starting to explore my own gender identity and my feelings around femininity. As an AFAB non-binary femme, it took me many years to learn that I was allowed to exist as a drag artist. It’s been a rollercoaster at times, but I am so fortunate to have the most supportive community and friends around me. Drag is an incredible form of creative gender expression that offers space for folks to explore their own identity and push the limits of what “gender” can be.

My Jewishness isn’t necessarily at the forefront of my drag performances, however when it comes to winter holiday shows, I do love to incorporate a Chanukah number. My first real performance was actually for a holiday show. I did Rachel Bloom’s “Chanukah Honey,” wearing one of my several Chanukah themed sweaters and handed out dreidels to the audience. The video is still on my IGTV if you want to see it.

Oh my, too many to choose from!

In 2019, I created a show called FEMME 4 FEMME, which consists solely of drag artists who are on the femme spectrum both in and out of drag. I’ve been fortunate to have 3 of these shows so far, each with a larger cast than the last. When I was starting my drag journey, I couldn’t see anyone (locally, at least) that looked like me doing the drag I wanted to be doing. Visibility is so important, and I’m proud to be able to use my privilege as a producer to create spaces for all forms of drag and individual identities. After my first F4F show, there was a lot of interest from femme folks who hadn’t performed before, so I hosted F4F: Fresh Faces to provide a welcoming space them to explore their drag personas. Being able to perform alongside such passionate and innovative artists is one of the major reasons why drag is so meaningful to me.

Also . . . during last year’s Calgary Pride festival, I performed my Old Town Road/Bad Guy mix while wearing a shirt that said “Jason Kenney is a Fascist” (designed by Adam Warner @adam_analog) at an event where several UCP members were present and standing close to the stage. It was quite a moment!

What drew you to drag performance?

I’m very heavily inspired by strong, powerful women in the Heavy Metal scene. Radical, dirty, punk aesthetic and the ferocity with which those women perform on stage has always been mesmerizing to me, I always dreamed of being on stage growling, screaming and jumping around so I suppose that’s what drew me to drag. The ability to meld that with the art of gender exaggeration.

I have always seen my Judaism as a passive presence in everything I do, I don’t ever really feel the need to make it explicit, my relationship with my culture is very personal to me and not something I really feel the desire to bring out onto the stage. There are little traces that sneak in though, my Jewish mother has the most fantastic red-auburn hair that only a Jewish woman could have and I always seem to be drawn to red/auburn wigs for drag.

There are two that stand out right now. One time I did a performance for a food-themed show so I came up with a number about wanting to drink blood and ended the performance by stripping down to only 6inch heels and my underwear and pouring fake blood all over my body in a fit of ecstasy. The other is a number I came up with to stress the importance of being and active ‘Feet on the Streets’ activist instead of a passive/online one. I performed to the song ‘Raise your Banner’ by Within Temptation and at the crescendo of the song I march outside the bar holding a blood-stained pride flag and wave it in the middle of traffic. I kinda have a thing for incorporating blood in my performances.

I find it hard to relate or look up to most of the famous ‘Ru-Girls’ because their brand of drag is often very opposite to mine so its mostly incredible local performers. Anne-Alien is one of the most talented conceptual performers and no one can hold a candle to her makeup skills. Yovska is such an inspiration as someone who is pushing our idea of what drag ‘is’ to the very limit! Zackey Lime is the funniest and sweetest King you will ever meet with an odd talent for puppetry. If I had to pick a Ru-girl it would defiantly be Sasha Velour, I aspire to that level of artistic vision.

The limitless freedom of drag, in terms of gender and looks, and in terms of performance is what drew me to it.

I’ve done a few Chanukah themed numbers and now digital videos. A Purim spiel, a Fiddler on the Roof number. Around Christmas in 2019, I produced a small holiday show/dance party that had a Jewish, Christian and Muslim performer. I once did a number where I start off as an orthodox man and turn into a drag king by the end. I once did a song from Joseph and that really made my childhood dreams come true.

I’d say my mix of “total eclipse of the heart” that I prepared for Empires Ball in 2019. I play a doctor, my blue puppet is dying and we’re in love. She dies, the audience gasps and then out of the blue she comes back to life, strangles me, kills me, and keeps singing after I’m dead. All this while two dancers in blue morph suits and matching hospital gowns help carry out her dirty work.

Brought you by the Niv team. 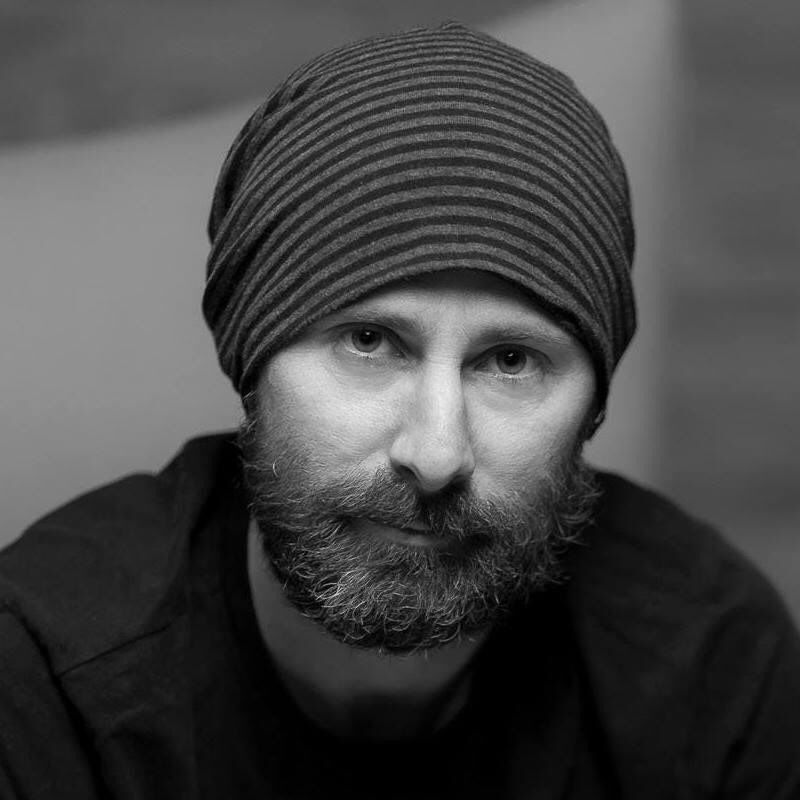 His photos have been licensed in over 100 countries, and published in numerous publications, including Rolling Stone Magazine, Huffington Post, Variety, The Guardian, Metro UK, InStyle, Yahoo News, MSN Network, Lonely Planet and IndieWire, among others.

The joy to Jewish cooking with Bonnie Stern

Disability, creativity, and the Jewish people