Spring is here, and with it some of my favourite Toronto film festivals. The Toronto Jewish Film Festival is in June, and Hot Docs begins at the end of April. My top Jewish film pick at the latter is the documentary Misha and the Wolves. The film tells the story of Misha Defonseca, who wrote a memoir falsely claiming to be a Holocaust survivor who, as a child, survived the war by joining a pack of wolves. The movie opened to rave reviews  at Sundance. Get tickets to the stranger than fiction documentary at Hot Docs—you can watch virtually from anywhere in Canada.

As for my TJFF picks, stay tuned for the May issue of Arts & Kvetch! In the meantime, you can get tickets to the April 22 Chai Tea @ Home screening of The Human Factor which recounts how the U.S. attempted to secure peace between Israel and its neighbours.

Let’s talk music; there are a number of films that explore the relationship between Jews and jazz. Most notably is It Must Schwing which was the closing night film of TJFF 2019, but there are two other jazz films that are free on TJFF’s free streaming platform J-Flix: The Jazz Baroness and The Pleasures of Urban Decay. Add them to your watchlist!

If you want to explore more Jews and jazz content, on April 14, you can sign up for the Schwartz/Reisman Centre’s program on Jewish jazz musicians, which discusses who they were/are and what they contributed to the world of music, as well as the connection between Klezmer music and jazz. The instructor is Ben Young, the Grammy-nominated jazz researcher, historian, and teacher. The session is $10 for members, and $12 for non-members.

Next up is Unravel – A Virtual Monologue Slam Competition, presented by the Harold Green Jewish Theatre Company in partnership with Artists in Residence. This is the first time the event will take place, and it’s open to Canadians aged 15 to 30. Applicants must answer “what is my Jewish identity?” in a two to three minute filmed monologue and submit by April 22.

Please note that Unravel is open to people of all religious affiliations, denominations, and beliefs: the website states, “while the prompt for the monologue slam is ‘What is my Jewish identity?’, this does not necessarily mean that you yourself must identify as Jewish. We acknowledge that many people might have personal stories, family histories, and relationships to Judaism that do not necessarily mean they are of Jewish faith.” The top 10 will be broadcasted live, and I can’t wait to see the finals!

“Do you like Yiddish? How about vampires? Have you rewatched Buffy the Vampire Slayer upwards of four times but wondered what it would be like if it took place in Montreal and the vampires were quirky Jewish girls who had a mediocre knowledge of Halachic law?”

I don’t know about you, but I was sold just by the Museum of Jewish Montreal’s event description. First of all, no it never crossed my mind to make the vampires quirky Jewish girls, but yes, I do want to know what that looks like! You can see how this plays out in the table read of Blut und Blintzes: A Yiddish Vampire Radio Play by Rebecca Turner, hosted by Museum of Jewish Montreal. The play (which translates to Blood and Blintzes in English) is a new in-development Yiddish radio play that follows Chayka Moskovitch, a recently turned vampire in Montreal who struggles to ‘square her Jewish identity with her newfound bloodlust—spoiler alert: blood definitely isn’t kosher!’ The free event is on April 20 at 7:30 p.m.

We just finished celebrating Passover, but as we know, each month brings another Jewish holiday. Mark your calendar for the month of the Yom’s: Yom HaShoah, (Holocaust Remembrance Day) on April 7 to 8 which passed; Yom HaZikaron, (Israel’s Remembrance Day) on April 13 to 14; and Yom HaAtzmaut (Israel’s Day of Independence) on April 14 to 15. The Prosserman JCC and Schwartz/Reisman Centre are partnering with the JCC Association of North America to present a program called Days of Memory: From Commemoration to Celebration, which celebrates the three holidays. All are free and accessible on the Virtual J online.

Lastly, make sure to register for Liberation75, which isn’t until May, but will have come and gone by the time my next article is out. Liberation75 marks the 75th anniversary of the liberation from the Nazis, and will “explore the past, present, and future of Holocaust education and remembrance.” If you’re thinking that it’s actually been 76 years, you’d be correct. The event was originally scheduled in-person at the Metro Convention Centre for May 2020, but was rescheduled and revised. Nevertheless, the show must go on! The event is online from May 4 to 9, and will be accessible worldwide for free. Check out their speakers, performances, exhibits, tours, film festivals, and more. The sheer number of programs will astound you.

Thank you for reading Arts & Kvetch and for your interest in the arts! If film festivals, theatre companies, and independent art galleries survive this pandemic, it’s because of people like you.

I’ll talk at you next month! 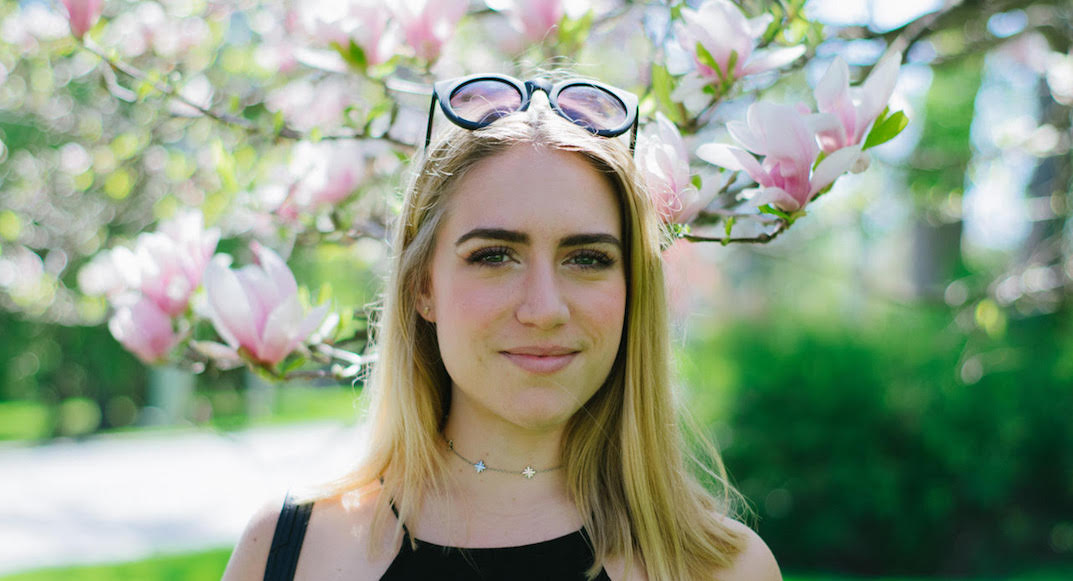 Lara Bulger has a deep-rooted commitment to the arts. With a Bachelor’s degree in Music with minors in Film and English, plus a Master’s Degree in Arts Leadership, she is passionate about the capacity of art to bring about social change.

Hidden Legacy: in the footsteps of the Jews of Sefarad

The joy to Jewish cooking with Bonnie Stern

Disability, creativity, and the Jewish people