Kensington Market is one of the most culturally vibrant neighbourhoods in Toronto; one that is steeped in Jewish history. Although the market may appear small—only taking up a few blocks— it is a rich and diverse space, attracting locals and tourists alike. In May 2021, the Ontario Jewish Archives (OJA) will launch Scrolling Spadina, a digital tour of Kensington Market. It will be online, immersive, and an exciting opportunity for visitors to learn the Jewish history of the market and the Spadina area through guided video tours.

In the early 1900s, Yiddish-speaking Jewish immigrants from Eastern Europe arrived in record numbers. Between 1901 and 1911, Toronto’s Jewish population increased from just over 3,000 residents to a whopping 18,237. These immigrants, who first settled in Toronto’s St. John’s Ward (the Ward), soon moved west into the market, establishing businesses in the front rooms of their homes. The result was the creation of a shtetl-like environment, whereby Kensington Market was transformed into a home away from home. This development of the market created a blueprint for successive waves of immigration resulting in the dynamic open-air market we see today.

In 1974, the OJA began leading tours of Kensington Market and the surrounding area. The previous iterations of the OJA’s Jewish heritage walking tours were promoted as A Sense of Spadina and more recently rebranded as Stories of Spadina. Led by a team of experienced and knowledgeable guides, the tour is popular amongst tourists, school groups, Jewish organizations, social clubs, and historic walking tour fans. In 2020, due to COVID-19, these in-person tours were suspended. However, continued interest in the tour, and the growing demand for digital experiences in the heritage field, inspired the OJA’s effort to create a digital version of this popular tour. It is also an opportune time to bring the tour to people who otherwise would not be able to attend in person.

Each year, the OJA invites graduate students from University of Toronto’s Master of Museum Studies program to apply to complete a capstone project. As an emerging heritage professional I jumped at the chance at OJA’s work opportunity. In May 2020, I began my research at the OJA and was introduced to the concept for this digital tour. As someone who grew up in Toronto, I was excited to learn more about a place that is one of my favourite neighbourhoods. Although I have yet to step foot in the archives, I discovered incredible stories about the Jewish community through my research. We began developing the tour by analyzing existing scripts from Stories of Spadina and consulting OJA expert guides who helped craft the narrative. By conducting interviews with each guide, their perspectives and passion for the tour became apparent. We quickly realized that an engaging tour is built on compelling storytelling, and it was essential to incorporate their individual voices. In fact, they became the featured contributors to the all-new Scrolling Spadina tour.

There are a total of eight stops on the digital tour. Each stop features videos and content narrated by one of the OJA’s guides. In October, over the course of two days, we filmed on-location with our videographer, Pierre Kochel. We were able to capture the distinctiveness of the market and provide contemporary visual context for each of the stories. Guides were invited to craft the scripts for their assigned stop(s) drawing on their depth of knowledge while including past participants’ favourite anecdotes. When creating the videos we added archival photographs and documents from the OJA’s collections to help illustrate the stories. The result is an immersive online experience that explores themes of immigration, daily life, community development, activism and more. It will transport viewers to the sights and sounds of the market.

One of my favourite areas of research was learning more about the Jewish Old Folks Home, or Baycrest Health Sciences as we know it today. I have fond memories of performing with my dance class in the atrium at Baycrest when I was younger. Learning how this organization was formed, out of a need to support the elderly Jewish community in the heart of Kensington, was not only interesting but completely new information to me. This tour is also designed for teachers to take their classes on virtual field trips—as one of the primary groups that attend the in-person tours are school classes. Teachers will find guides and lesson plans for Grades 6 to 12 on our website giving them the opportunity to bring the tour to their classrooms. Through primary-source-based activities, explorations of immigration, and community development and advocacy, teachers will be able to connect the Jewish history of the market to various curriculum strands. We have an exciting collaboration with the York Region District School Board to put these lesson plans into practice for Jewish Heritage Month in May.

Although the Jewish community in Eastern Europe left to escape pogroms and antisemitism, they still faced challenges in Toronto the Good. They recognized the need to create spaces that were welcoming to the community and that served its needs, whether this was through conducting programming in Yiddish, providing Kosher meals, or providing a place for young people to socialize outside of synagogue. The tour portrays the community-oriented nature of the Jewish immigrants and how they supported each other.

We hope that anyone interested in Jewish history finds this virtual stroll through Spadina a useful resource. The tour illustrates the challenges, accomplishments, and overall tenacity of the Jewish community in the early 20th century. Explore the tour on your desktop or mobile device and immerse yourself in the unique Jewish history of Kensington Market. 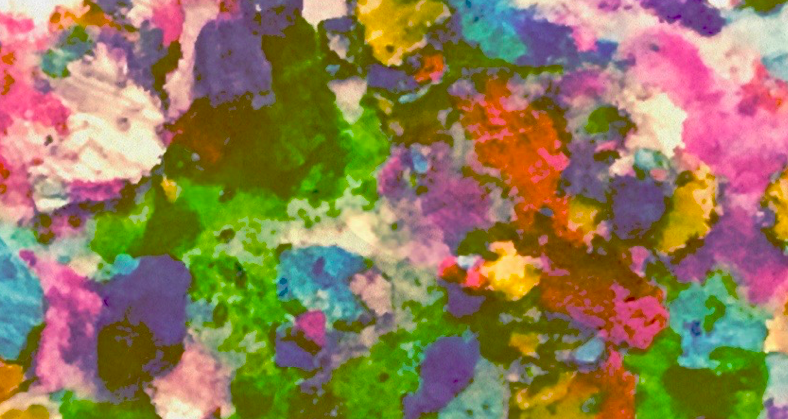 Hanna Schacter is an emerging museum and heritage professional based in Toronto. She earned her Bachelor of Arts in Art History at Queen’s University in 2018. In June 2021, she will be graduating from the University of Toronto, Master of Museum Studies program with a collaborative specialization in Jewish Studies. She is excited about community storytelling, helping people form connections to art and heritage, and making Jewish content relevant to all audiences.

Showering you with art in April