I’ve been teasing the film lineup for the Toronto Jewish Film Festival (TJFF) for a couple months now, and the list has finally dropped! I wrote an article for Niv back in February about my top Jewish film picks for 2021. I’m pleased to share that many of the picks I mentioned will be available to watch online at TJFF!

Mentioned in my “Top Jewish film picks of 2021” article:

P.S. If you missed Colette, one of the shorts I mentioned in that article, make sure you catch it on the Guardian website because it’s now an Oscar winner!

Without further ado, here are the films I recommend getting tickets for at this year’s upcoming TJFF that weren’t mentioned in my previous article: 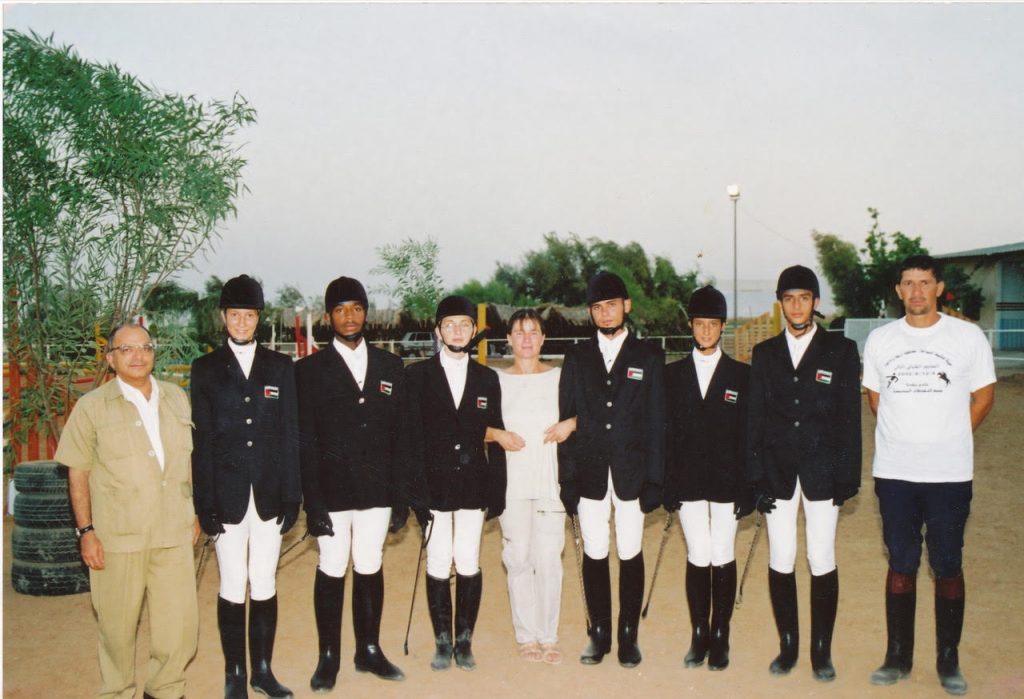 More remarkable than fiction, UnReined is a documentary focused on the life of Nancy Zeitlin, an Israeli horseback-riding champion who, despite coming from a family that was staunchly right wing and anti-Palestinian, devoted much of her life to building the Palestinian Equestrian Team. Playing out like an example of religious pluralism, Zeitlin first marries a Christian, then an ultra-Orthodox Jew, then the Palestinian owner of the equestrian club she taught at. “My professional life and career over the years has been fascinating and highly successful. My personal life, on the other hand – has been somewhat of an obstacle course”, says Nancy in the film. 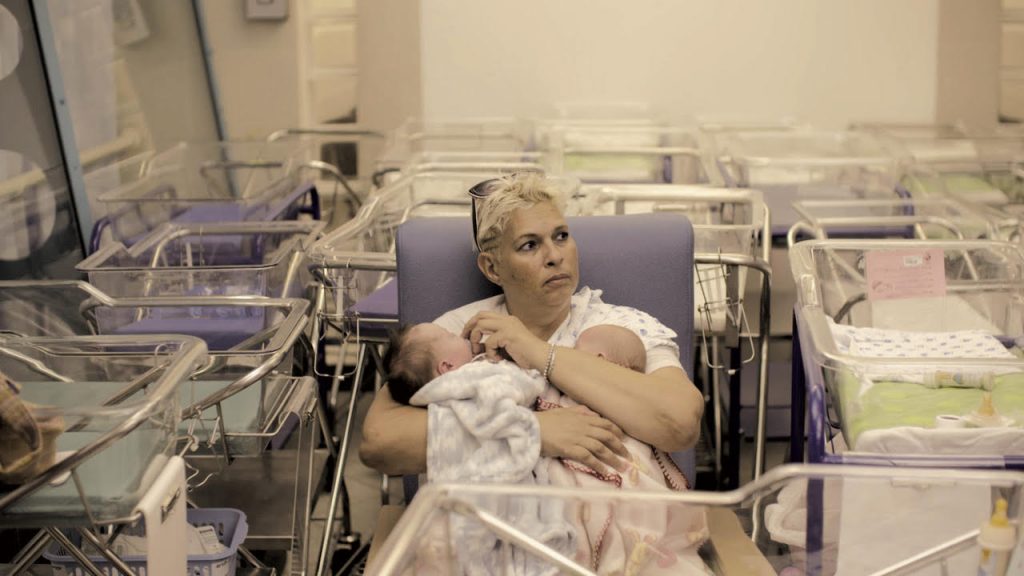 This documentary won the Audience Award at Israel’s famed Docaviv Film Festival, and, to my delight, the David A. Stein award at TJFF. This annual juried award is given to the director of the Best Documentary making its Canadian Premiere. To be filed under “films about real everyday people doing heroic work”, Alone Together is a heartfelt documentary about a woman who tries to better the world in the small ways she can. Entirely dedicated to helping others, Ravit spends most of her time cooking in soup kitchens in Tel Aviv. Unable to have children, even though it’s what she always wanted, Ravit spends her evenings in hospitals, hugging abandoned babies who need human touch to survive. After she decides to adopt children of her own, Ravit runs into resistance both from adoption agencies, who tell her that she cannot adopt due to her age and unmarried status. She also faces opposition from the  people around her, who challenge and spurn the idea of fostering. Alone Together brings up important questions about parenthood and who deserves to be a mother.

Take a queer love story, place it in Israel with a Jew and a German non-Jew, sprinkle in a healthy portion of family drama, and shake! Kiss Me Kosher follows Shira, who has just proposed to her girlfriend Maria and now must convince her own family that Maria’s family members were “good Germans” during the war. Shira’s family is a hoot: John Carroll Lynch plays a hilarious conservative American-transplant, and Rivka Michaeli playing Shira’s grandmother and the matriarch of the family, who puts up a fight against Shira marrying a non-Jew—even though she has fallen in love with her Palestinian friend despite her prejudices. 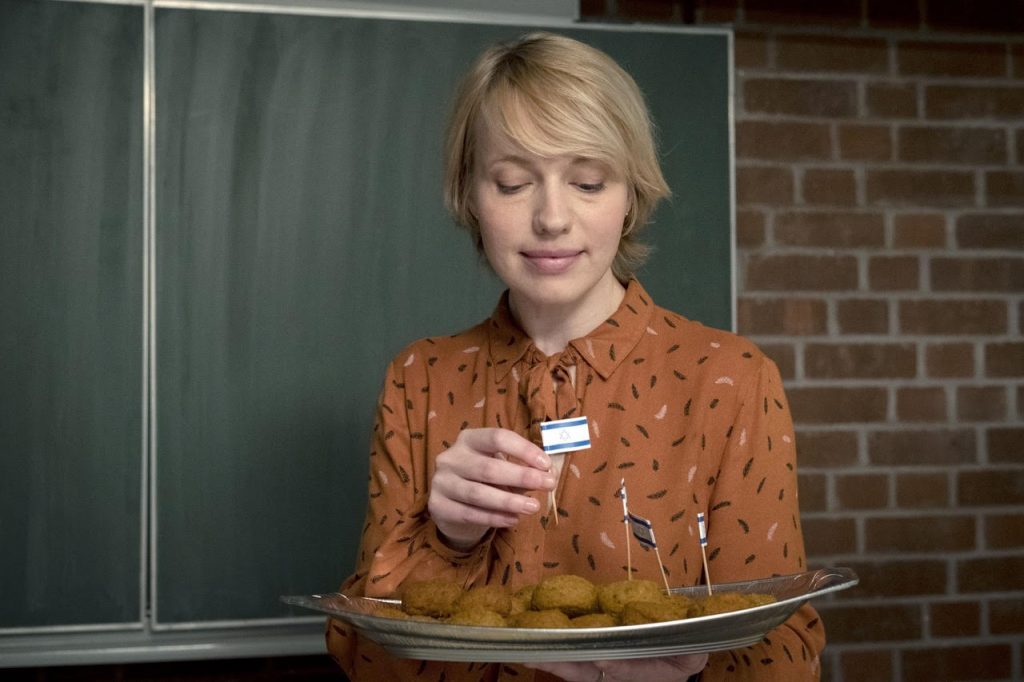 The Un-Word plays out like a stage-play, taking place in one room over the course of a  tense night. Despite the country’s history and the extensive education efforts regarding the Holocaust, racism still abounds in German elementary schools. The film shows how well-meaning individuals can still have misguided beliefs and do wrong, like a teacher’s attempts at peacemaking by decorating snacks with both Palestinian and Israeli flags, or when the principal locks all of the Jewish students in a classroom at recess to supposedly keep them safe from bullies. The Un-Word was inspired by writer-director Leo Khasin’s youth in Berlin and is as timely today as it will likely be years to come. 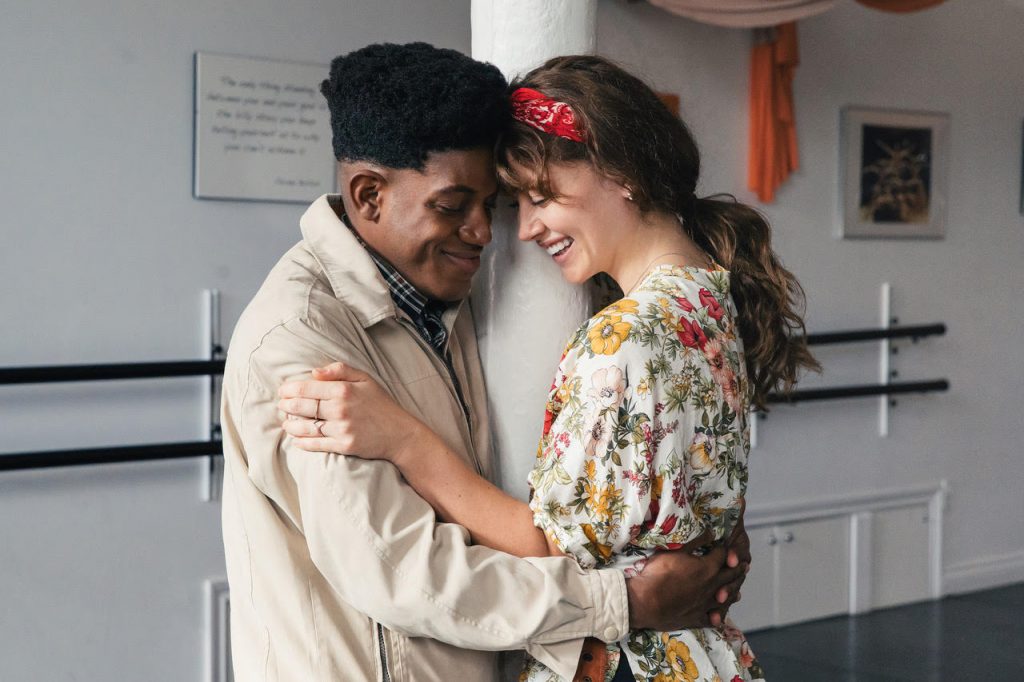 Lune was the winner of the Audience Award for Narrative Feature at Cinequest 2021, as well as the TJFF’s Micki Moore winner, as selected by a jury. The Micki Moore Award is a $5,000 prize presented to the Best Narrative Feature Film directed and/or written by a woman. The film centres on Miriam, a bipolar South African woman living in Toronto in 1994. She plans to return to South Africa to vote for the recently freed Nelson Mandela, but her mania escalates when she meets her teenage daughter’s boyfriend. I haven’t seen mental illness portrayed in many Jewish films. The film comes highly recommended. 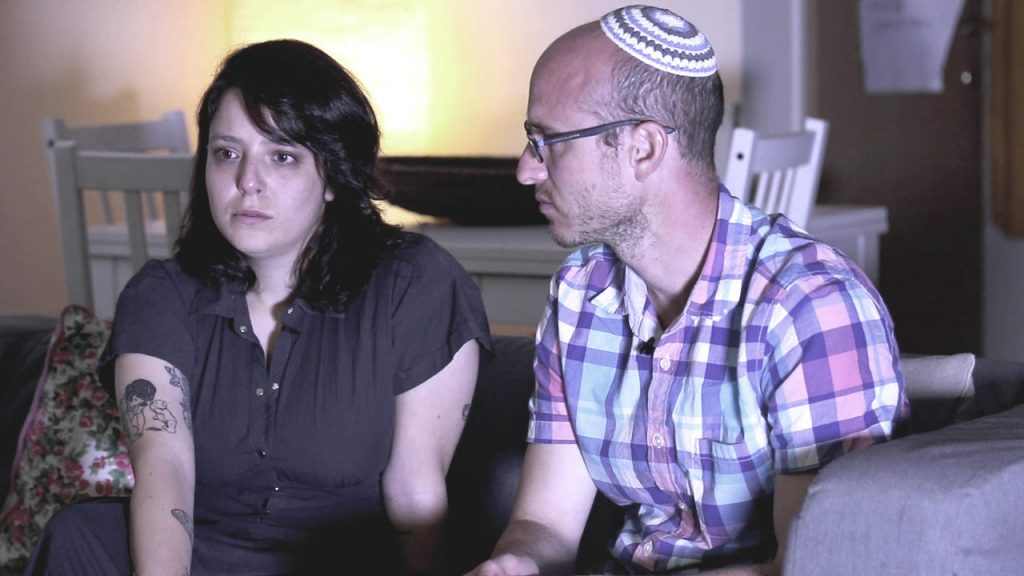 Marry Me However film still.

This documentary covers a topic I’ve never seen explored—the devastation wrought by marrying against one’s sexual orientation to comply with religious obligations. Marry Me However is an intimate portrait of four gay and lesbian individuals and their transition to activism as they try to effect change in their religious communities.  There have been many popular works in recent years about individuals leaving the ultra-Orthodox Jewish community (Unorthodox, Felix and Meira), yet this particular story is not one I’ve seen. 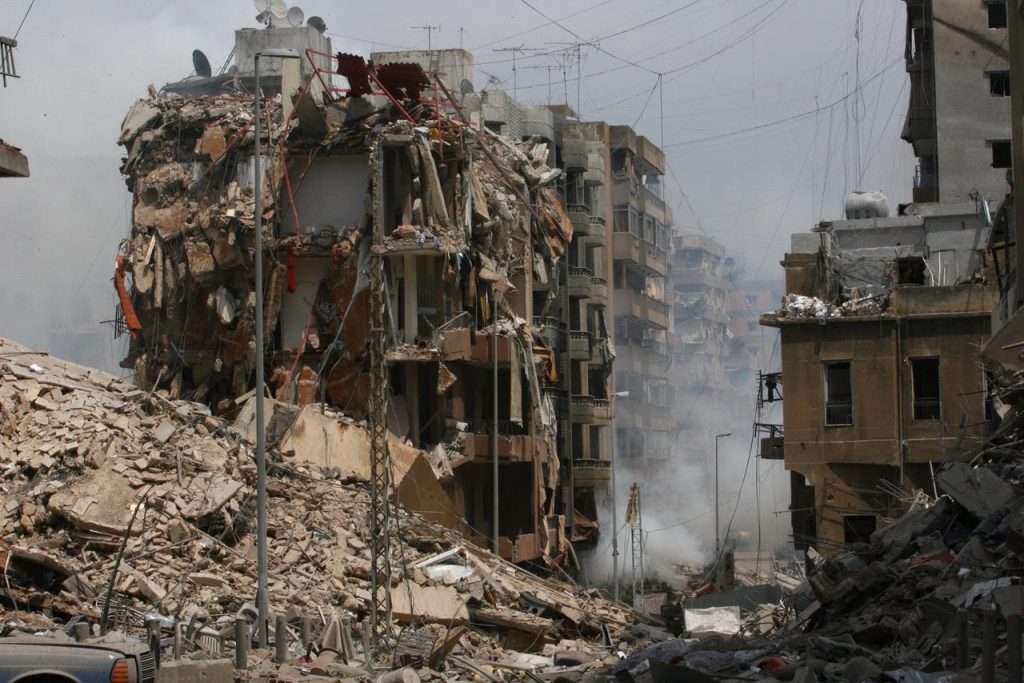 My knowledge of Middle Eastern  history definitely has some gaps, so I’m really looking forward to learning more about Lebanon. Duki Dror has directed many features that have screened at TJFF in the past to great acclaim. In this documentary, he distils a century of Lebanese history and includes interviewees from all sides of the geo-political spectrum. 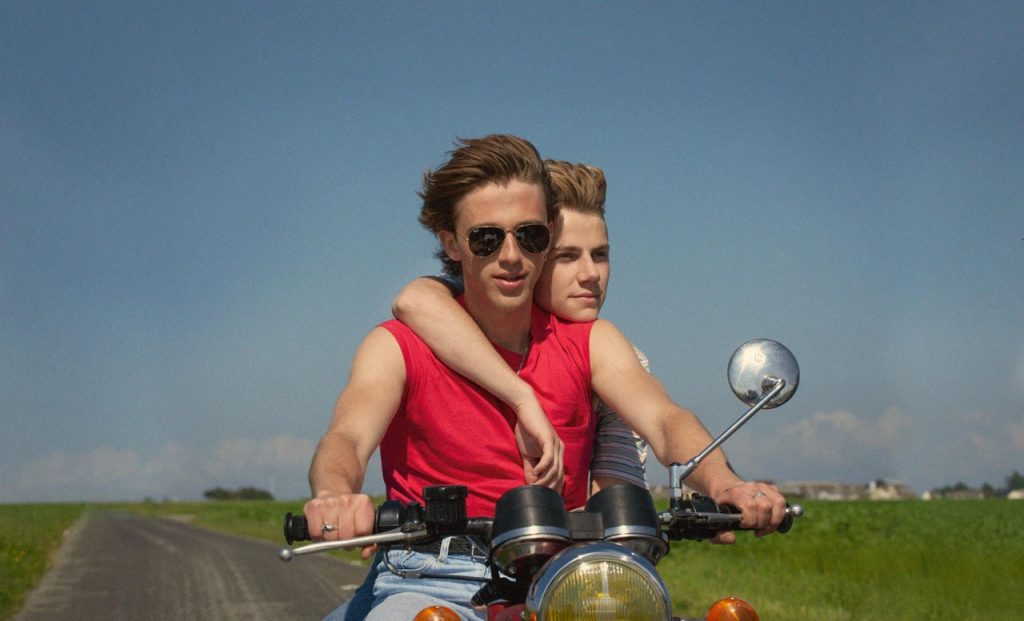 Summer of 85 was nominated for 12 French Academy Awards and screened at the Toronto International Film Festival (TIFF) in the fall. This film plays out as a coming-of-age romance, following two young men and their relationship after they meet one summer. The trailer gave me Call Me By Your Name vibes, so obviously I’m in!

And don’t forget to keep your eyes out for yours truly! As one of the festival’s programmers, I’ll have the honour of interviewing some directors over virtual Zoom Q&A sessions!

Now, I know this issue of Arts & Kvetch is all about the film festival, but I couldn’t wrap things up without  mentioning one of my favourite holidays, Shavuot. It’s all about food, community and learning, what more could you want? Though I suppose one could summarize most Jewish holidays this way. The holiday is on Sunday May 16th, and the MNJCC is putting on their usual (virtual) extravaganza. The sessions will run live on Zoom from 6 pm to midnight, with 18 sessions to choose from.

Free and open to all, regardless of background. Some of the topics and activities covered will include: Yiddishkeit, conversion stories, growing up mixed race and Jewish, queering Jewish, disability art, the Jewish response to COVID-19, and lots of recipes and bake-alongs!

Lara Bulger has a deep-rooted commitment to the arts. With a Bachelor’s degree in Music with minors in Film and English, plus a Master’s Degree in Arts Leadership, she is passionate about the capacity of art to bring about social change. Lara is currently pursuing her PhD in Cultural Studies at Queen’s University, focusing on documentary film and its social, political and cultural impacts.

Stepping into the archives: a curated look into queer Canadian history

Purim and Passover, here we come!