Founded 26 years ago in Montreal, KlezKanada is one of the leading Jewish cultural organizations in the world. Its mission is to foster, teach, and promote Jewish arts and Yiddish culture in an ever-evolving contemporary world. From its inception as a small summer festival, KlezKanada now organizes a week-long Summer Retreat of klezmer music and Yiddish culture that pre-pandemic, took place in the Laurentian mountains. There were also year-round Yiddish cultural events such as concerts and tantshayzer (dance workshops with live klezmer music). Since the pandemic began, the organization has moved all of the programming, including the Summer Retreat, online.

I have been interning at KlezKanada for a little over two years. As someone who grew up in a secular family in Québec City, I had little to no contact with a Jewish community. All I knew about Yiddish was that my great-grandparents had spoken it—tukhes and feh were certainly part of my lexicon, but that was all. After impulsively taking a Yiddish class during my first semester at McGill University, I realized I had stumbled upon something special. In those early days at McGill, I explored a range of Jewish community events near me, from attending Reform and Orthodox services with Jewish friends to trying out a number of Jewish student happenings on campus. I had a lot of fun and met many people, but nothing clicked. I would go once or twice but that was it. Though everyone was welcoming, I hadn’t quite found the community for me.

This changed when I found KlezKanada, where belonging felt effortless. From the start, I could tell their events attracted all sorts of people. The first concert I attended united musicians from Russia, Canada, and Germany: Psoy Korolenko, Geoff Berner, and Christian Dawid. It proved to be a boisterous night of music and laughter, where I met fellow McGill students and Jewish music amateurs, alongside the odd straggler who had joined out of sheer curiosity. The songs sung that night were in a blend of English, Yiddish, and Russian. The great mix of people that evening—old and young, anglophone and francophone, Jewish and non-Jewish, Montreal and abroad—surprised and delighted me. I now understand how central intergenerationality and internationality are to KlezKanada. When we speak of Jewish continuity and cultural vitality, the work KlezKanada is doing is crucial as it both fosters a love of Yiddish culture in our community and transmits a myriad of cultural traditions to a broader public as well.

KlezKanada’s Summer Retreat, usually nestled in the Laurentian mountains at Camp B’nai Brith, is something to behold. Both participating and organizing the Retreat are exhilarating. It’s a week-long immersive opportunity for anyone who wants to learn more about Yiddish culture and meet an assortment of people from around the world. Whether you’re already passionate about traditional Jewish art and music or you’re a musician looking to dip your toes in klezmer for the first time, there is something at the Retreat for everyone. Classes run from morning to afternoon and cover a wide range of topics such as, klezmer clarinet, Yiddish song, Jewish history and literature, Yiddish language classes, artistic DIYs, cooking classes, and roundtables with leading Jewish musicians and culture-makers. Evenings are filled with concerts, where both renowned and emerging musicians perform. Nights are spent at the cabaret, where performances grow stranger and stranger as the night goes on (most likely because of the increasing lack of sleep).

At my first Retreat, I was fortunate to attend some wonderful lectures on Jewish literature and Yiddish music, even though I spent most of my time working in the famous merchandise boutique (any remaining break time I had I used to float in the lake nearby).

Learning at KlezKanada’s Summer Retreat is always a magical experience: no matter how exhausted you are from little sleep and too much excitement, you’ll still want to sit up straight, take notes, and not miss a single thing. This excitement lasts longer than the week of the Retreat, as many community members return year after year. I’ll be helping to organize KlezKanada’s 26th annual Retreat this summer, marking my third Summer Retreat—and certainly not my last!

A principal element of cultural continuity is, of course, ensuring that the next generation is taught about tradition so that they can carry it into the future, acting as a bridge between the old and the new. For any cultural tradition that was endangered or nearly destroyed, in this case, Yiddish arts, culture, and language, this bridging of tradition with the contemporary world is all the more necessary.

KlezKanada’s KlezKinder program and Azrieli Scholarship program safeguard the essential cultural continuity of Yiddish tradition. The KlezKinder program brings the joys of Jewish music and Yiddish culture to KlezKanada’s youngest participants, whereas the Azrieli Scholarship program continues to provide hundreds of artists and scholars between the ages of 16 and 35 with the opportunity to study and be mentored by the leading teachers of traditional Jewish art and Yiddish music. The program also connects them with a myriad of other young culture-makers from far and wide. Through KlezKanada’s internships and Fellowship program, many more emerging artists and eager students, including myself, get the chance to work behind the scenes, either to organize or to teach at the festival.

During the ongoing pandemic, a period that continues to be extremely difficult for artists, art and culture are needed more than ever. Moving KlezKanada’s 25th annual week-long Summer Retreat online was initially a tough decision to make. After all, before the pandemic, most of KlezKanada’s events were communal and physical—dancing to live klezmer together on a cold Montreal evening, jamming next to a bonfire after a night of wild cabaret performances with little sleep, singing nigunim (religious song) and banging as loudly as possible on a table on shabbos, with only candles for light. Despite the seeming limitations of virtual connection, our 25th anniversary and first-ever virtual Retreat, which was held at the end of August 2020, connected more people than ever. Close to 1,000 participants joined our virtual festival globally, twice the number we had at our in-person Retreats. Even over Zoom, KlezKanada’s community is something extraordinary. Somehow, despite the barrier of the screen, both those “backstage” and those participating came together to sustain communal creativity and cultural continuity.

Perhaps the most memorable and thrilling event of KlezKanada’s Summer Retreat is the famous Backwards March. This tradition was brought to KlezKanada by theatre artist Jenny Romaine and folklorist Itzik Gottesman. Based on a Romanian community’s tradition from the early twentieth century, where people gathered by a large body of water and walked backwards together towards town singing a melody to welcome in shabbos. During the Retreat, participants sing and play the same tune while walking backwards from Camp B’nai Brith’s lake. The Backwards March is powerful and demonstrates how Yiddish culture is nurtured at KlezKanada. Though I have only experienced the Backwards March in person once, it remains one of my fondest memories. Walking backwards and singing among hundreds of people, the catchy refrain of the nigun whirling in the air as all sorts of instruments echo it in unison, is an experience of a lifetime. In a way, the Backwards March is KlezKanada in a microcosm—the community joined together in art, replicating and innovating a tradition of the past to fit the present.

Because of the Backwards March’s singularity, I was unsure how well it would translate to the screen. However, despite my initial concerns, the virtual Backwards March proved to be, as ever, an amazing representation of the strength and creativity of KlezKanada’s worldwide community. In a beautiful feat of technology and artistry, KlezKanada team members combined pre-recorded Backwards March videos sent in by participants from across the globe with a Zoom room of participants playing and walking backwards live (oftentimes, a sink replaced the body of water). The hundreds of people who joined our virtual Backwards March, singing and playing along as though they were in the Laurentian mountains, showed me that the physical place is less important than the community itself; even when we’re miles apart, there are always ways to join together and create music.

KlezKanada’s first-ever virtual Retreat was a resounding success where the community members revealed just how dynamic and creative they are. This summer, after organizing and co-hosting many fantastic virtual events over Zoom, the KlezKanada team is once again preparing for their 26th annual Retreat this August 23-29. This year a hybrid program is in the works: virtual classes, conferences and concerts from Monday to Friday, and live-streamed, in-person events in Montreal taking place on Saturday evening and Sunday. Like the last two years of my time at KlezKanada, I am filled with anticipation for this summer’s upcoming Retreat. I am excited to see all the amazing projects the KlezKanada team has come up with, and the boundless creativity and resourcefulness of a community always willing to learn new things and create together. 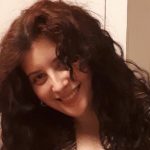 Originally from Québec city, Asa Brunet-Jailly resides in Montréal and is a Joint Honours English Literature and Jewish Studies student at McGill University. She recently completed her undergraduate thesis which explored the Wandering Jew figure in British Romantic literature and Yiddish literature. In addition to interning at KlezKanada over the last two years, she is an editor at The Imagist Literary Magazine, The Channel: McGill Department of English Undergraduate Review, and Dorot: The McGill Undergraduate Journal of Jewish Studies. Her poetry and prose have appeared in Half a Grapefruit Magazine, The Veg, F Word, and The McGill Tribune Creative Supplement.

Self-care tips for everyone

The splendour of Jewish drag artists in Canada

In conversation with Alvin Rakoff