Cincinnati born, previous Texas dweller, and recent Torontonian, Katie Goodman has a lot going on. She is a new mom, wife to one of Holy Blossom Temple’s Rabbis, Zachary Goodman, and is on a mission to invigorate Jewish joy. With GoodMama Made, the online shop she opened in February, 2021 she is using her creative designs to ensure Jewishness can be sprinkled either subtly or overtly into the everyday. Along with her new business, she hosts her own video series Rebels, Reform and Rabbis, the series looks at the history of the Reform movement, with a promise of always telling the truth, even when it can be prickly. The first episode dived into the life of Jacob R. Marcus, the “dean of American Jewish historians,” and the second looked at the Canadian Jewish response to the AIDS crisis.

I spoke with Goodman about all of her pursuits, and what it is like to be a Rabbi’s wife and mother as well. Each step Goodman takes is grounded in the hope that she can use her knowledge, and place in the community to do good, and she lets me, and thereby you, into her journey.

How did the idea of GoodMama Made come about?

I worked in social media marketing for a decade; I was the social media coordinator for Jewish National Fund of Canada before I went on maternity leave. I got burnt out working on it trying to be someone else’s voice. And so, over the winter break, I got a Cricket for Hanukkah, and my mind just exploded. I just started making gifts. The important thing to understand is before I opened the business I curated independent art shows, I worked in an art gallery, I was a docent for multiple years, I have been steeped in arts. I’ve been trying to oil paint for years, and I’m not very good at it, and the inspiration really was finally getting the tools to express myself.

The most exciting thing about GoodMama Made is I probably know 50% of the people who buy my products, and because of that, when I’m making these things for them, I almost always include an extra gift because I feel genuinely inspired by the human being I’m sending things to. That’s why it gives me energy every day, instead of working for someone else’s mission where it was burning me out.

What does a normal day look like for you?

On a normal day I wake up at 5:30 a.m. to Abraham making little happy noises, and then get out of bed around 5:45 a.m.. He and I will spend the morning together, and then I’ll put him down for his first nap, and the first thing I do every day is post on Instagram. I say boker tov ya’ll, that’s my thing that I’ve committed to doing. Every day I want to check in and say good morning, and it’s been amazing because it’s given me chances to really speak out about some things that are happening in the Reform movement in real time, and it not be a random word dump. And then Abraham naps, then we wake up, and we walk, we watch Sesame Street, we have music class, I do art projects with him. I’m making like a little something for him right now out of reused diaper lids and cardboard. My day is about taking care of Abraham, and finding creativity where I can. And so my studio, I don’t even have a door, so as soon as he goes down for a nap I just scurry down here.

My husband Zachary works around 70 hours a week, and oftentimes he doesn’t get to go to sleep with Abraham, so we’ll work around late night meetings and we’ll have story time, or we have two designated family times: we have family music time, we have little instruments and that’s concentrated dad time, and then we also have family movie time, which is the last 30 minutes that Abraham’s awake for the day. A lot of the day is connecting with other moms over social media, supporting Zachary, and taking care of Abraham.

What’s the experience of being a rabbi’s wife like?

I met my husband while I was working at Hebrew Union College. He was in seminary, and I was doing community engagement. Like literally, my job was to engage the students, I just like literally got engaged. I’m from Cincinnati, he’s from Texas, and when I married him I knew I was marrying a rabbi. I signed up for this life where things aren’t going to be exactly normal, and what I didn’t know was that we were going to move to Canada, there was going to be a pandemic, and then I was going to get pregnant and not see my family the entire time and give birth alone with my husband, and how, honestly, being a part of the Jewish community and the temple in that way, made the isolation so much less than it would have been otherwise. Before I came here, and before I married Zachary, I very much had my own life, and I still have my own life, obviously, but being his wife is a defining factor for me. Yet, it’s not that being his wife is the defining factor,

But it would be untrue of me to say that his job doesn’t kind of define what happens every day. I’m not saying oh, I’m defined by what he does, I’m not, but, realistically, if a funeral happens, it’s my job to make sure everyone’s taken care of.

How has it been moving to Toronto?

When we went through the process of interviewing we actually interviewed in Boulder, in Denver, in New York City and in Toronto twice. And for us because of how we feel about politics, Toronto felt right.

Before the pandemic, we went home for one weekend to go to a wedding. When we landed in Texas, the first thing we saw were signs that said please do not carry firearms, it is a federal crime. We wake up the next morning, there’s been a shooting two hours away from where we are. And then the next day, there is a mass killing of over 10 people outside of a nightclub, an hour away from where we lived in Cincinnati, and those things happened within 48 hours. When we returned  to Toronto, and the signs that greeted us were like cannabis is legal but don’t bring it on the plane, and our pork is messed up right now so maybe don’t eat pigs, I was like great I’m Jewish. Or when we first moved here, we went to a Blue Jays game and we heard a siren, and immediately started looking around for the exits. Thinking what’s going on, do we need to leave, where’s the police, and we realized that no one else moved, or even looked to the left. When you’re in that environment in America where you’re doing active shooter drills in your Sunday School multiple times a year you just feel different, so I’m glad my son is a Canadian.

You’re working for yourself and making things that you want to make. It’s special when someone buys something that’s yours that you’ve made, and then they’re integrating it in their every day, or putting it on their baby, or having their baby play with it.

Especially for the person I posted today of, the little screamy baby. I’ve known his parents since before they got married. I’ve been waiting for his [the baby’s] parents to be parents, and I can’t hug them so if I can send them a onesie that is on their son, it’s my way of sending my positive energy and love to them.

You do a lot of different things within the GoodMama Made brand. The AlefBetSets are unique, they’re different and a nice little surprise in comparison with the apparel, jewellery, and custom items. It’s a brand for mom, dad, and baby, and for those who aren’t parents as well.

Even though I do a thousand things, the overall mission is to create conversation, and Jewish joy. Depending on who you are, they’re not all going to be for you, you know it’s kind of a Baskin & Robbins situation. I want to create conversation especially around the Reform movement that spark Jewish joy.  I want to feel inspired by others and give inspiration back to them so that’s really important to me.

I often feel I have little control or ability to express myself outside of what my husband says to the congregation. And so it’s really important for me to have my own voice in the Reform movement as an educated woman who is a passionate volunteer and creative because I have worked in all of these institutions. And just because I may not be literally sitting at every table, my heart is still incredibly invested in this. The objects, the things physically going to people are meant to excite them and to give them inspiration, joy, and then there’s the history and the things that I’ll speak out about. Those are important for me because I am also a reformed Jew who cares about what I’m doing, it just so happens, my husband is a rabbi.

Judaism is more like a pond or an ocean, because you can see it and you think you know it, and then you take another step and you find out it’s actually 100 feet down. As much as we know the history and as much as we know the text, there’s so much depth there that the second you think you know where you are, you realize you’re actually over your head.

I have two things coming up. The first big thing is my next history video Rebels, Rabbis and Reform, will be on Debbie Friedman, who wrote Mi Shebeirach, she’s incredible.

Myself and another Rabbi in Atlanta, Georgia, who’s from Montreal, she and I are collaborating to create aleph-bet watercolour set flashcards. She’s designing the watercolours and I’m going to do the text and then we’re going to print them in Toronto at a local company, then maybe do some letterpress, so I’m really excited about it.

Lastly, what has surprised you about motherhood and GoodMama Made?

The thing that surprised me is how many people I really do feel connected with. I didn’t expect to feel the support in the community as strong as it is. I guess I didn’t realize making tie-dye onesies was going to lead to me reaching out to people when my son was sick for genuine support. I didn’t realize how my day to day life was going to be positively affected by the relationships I gained just by being myself on a public platform, so it’s been surprising and scary and exciting. 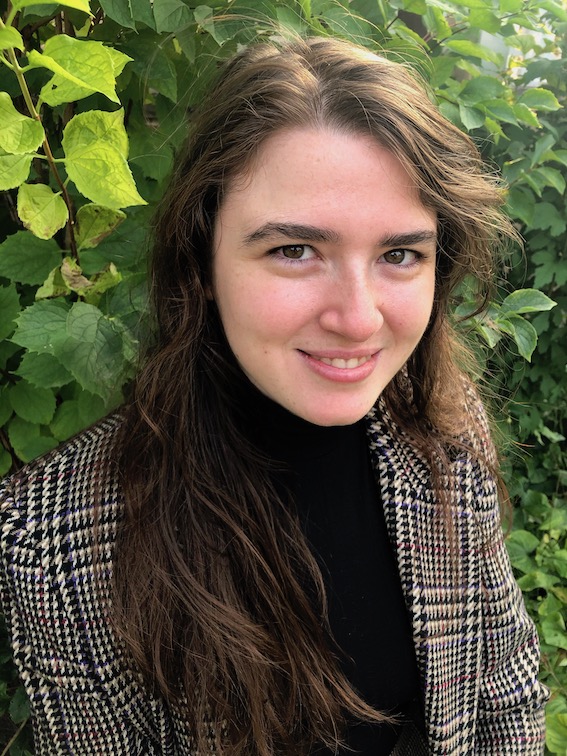 You’re invited to The Torah Studio

Reflecting on Friendship, Fusion, and Food with J-Rob