My mother and I were listening to CBC Radio as we drove up Bathurst Street in Toronto to “sit shiva” for my uncle who had recently passed away in June.

We turned on the radio and when CBC began their coverage of Premier Doug Ford’s press conference, we quickly turned up the volume to hear his announcement regarding Ontario’s reopenings. While I am currently studying to be an ordained cantor, I lead Shabbat services over Zoom, which makes it necessary for me to keep a keen eye on developments in the religious world. So I was particularly interested to hear that “places of worship” (as Premier Ford put it) would be reopening at 30 percent capacity.

But when the host of Ontario Today, Rita Celli, recapped Ford’s statements, she announced that “churches” were set to reopen their doors. Her choice of words may seem like an insignificant mistake to some, but churches and places of worship are not interchangeable terms.

Social movements like Black Lives Matter are shining an important light on the egregious issues facing BIPOC peoples. While the topic of inclusion is front of mind in the North American zeitgeist, it is important that we extend our “temple of meeting”—to quote the Old Testament—to include religious minorities. Though the difficulties I have faced as a white Jew in Canada are not comparable to the systemic violence and discrimination facing others, some of the most liberal Christians I know, lapsed or devout, often fail to recognize the implicit bias that Canada has in favour of Christianity.

Several Christian holidays including Christmas and Easter are given days off, but holidays of other religions are not. I know from speaking to Jewish friends and family members that I am not alone. They too have had to choose between school and work, and their religious beliefs.

The calendars of our public institutions bear weight, as do the words of our news anchors. If Canada describes itself as a mosaic that takes pride in its inclusion of diverse races and faiths, the language and schedules used by social, cultural, and political institutions needs to be re-evaluated.

These scheduling conflicts are just a drop in the bucket compared to the anti-Semitic horrors taking place across North America. Ontario’s Jewish community is no stranger to swastika-based graffiti, the smashing of synagogue windows, and the desecration of Jewish cemeteries. In the United States, the Anti-Defamation League’s 2019 report stated that hate-crimes against Jews was the highest it has been since 1979. I would have been more surprised to hear this if it had not been for the heinous hate crime that had taken place just a year earlier. On October 28, the Jewish world was shocked to its core when a man shot and killed eleven people at prayer in the Tree of Life synagogue in Pittsburgh.

Two months ago, I posted about my frustration with Christianity’s dominance of our supposedly secular society on Facebook. My feelings on the matter seemed to deeply resonate with people. I received several comments from other Canadians about the microaggressions they experience as Jews. Friends from other countries were shocked to hear we are struggling with these issues in Canada, a country they had considered a hallmark of progress and acceptance. It is high time we make Canada as great as global stereotypes make us out to be. 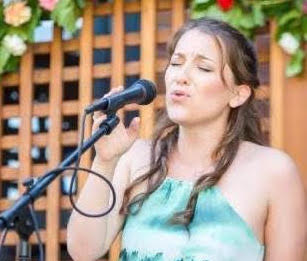 Ella Gladstone Martin is currently fulfilling her dream of becoming an ordained Cantor at Hebrew Union College -Jewish Institute of Religion in New York City. A master’s student with a bachelor’s of music from the University of Toronto, Ella’s passion is healing and uplifting communities of all ages through music. Ella is currently the student cantor at North Country Reform Temple on Long Island. She is grateful to be riding out the pandemic from her family home in Toronto, attending classes and leading services online.

High Shpilkes: can antisemitic hostility cost us the High Holidays?