Your home for Jewish expression

Before delving into the Toronto Jewish Film Festival, let’s get into some pressing May and June events.

Shavuot is almost here and with it the Miles Nadal JCC’s Tikkun Leil Shavuot, an outdoor Jewish learning festival. For the first time in two years it will be held in-person on Saturday, June 4. The event starts at 5 p.m. and whether you go for the food, the community, or the always fantastic lectures and discussions, there’s something for everyone. Be sure to save the date!

Did you know that May is Jewish Heritage Month in Canada and the U.S.? I’m embarrassed to admit that I wasn’t aware. To celebrate, JQT Vancouver—a nonprofit dedicated to “queering” Jewish spaces and “Jew-ifying” queer spaces—is hosting two panels in addition to an artist wall.

In this panel discussion, guests will discuss how they are queering their respective Jewish languages, and participants will even get to enjoy a mini lesson with a guest of their choosing to learn a few queer Jewish terms and grammar.

The session will take place on Sunday, May 15 at 3:15 p.m. EST. Check out the event on Facebook here and register for free or by donation. It’s definitely not the end of online events, and it’s still super exciting to have access to events across the country (or world!)

Lastly, Rita Winkler has an upcoming exhibit at a gallery in June! If you’re not familiar with Winkler’s work, make sure you check out Orly Zebak’s article—from Niv’s seventh issue—spotlighting Rita’s art and recently published book, My Art My World. The exhibit of the same name will take place from June 16—July 21 at the Lake of the Woods Museum & Douglas Family Art Centre in Kenora, Ontario. You can find more information about the exhibit here and on Rita’s website.

The Toronto Jewish Film Festival is fast approaching! And just like last year, I’m here to provide you with my recommendations. This year the festival has gone hybrid and as a result will run for longer, with films screening in-person and online. From June 9-15 you can attend screenings across Toronto, and from June 16-26 you can enjoy them from the comfort of your own home. Curate your ideal festival experience!

As a programmer I watch dozens and dozens of films, but because only a fraction of submissions are chosen, I haven’t watched the whole programme. I have, however,  included below some of my favourites and some of the films I’m most looking forward to watching. Similarly to other festivals, TJFF has a ‘Chosen Film’ award, decided by festival audiences, so if you’re busy during the festival you can also catch the Chosen Film Award on Tuesday, July 5, screening at the Distillery District

This film is screening in person at the Hot Docs Ted Rogers Cinema on Tuesday, June 14, with yours truly hosting the Q&A. The film stands out because it’s so much fun to watch— Rock Camp is a real, all ages camp in Las Vegas that gives fans the opportunity to play music with their rock idols. “Founded in 1997 by David Fishof, Rock ‘N’ Roll Fantasy camp is held annually in Las Vegas, offering four days of intensive music lessons with rock icons like Roger Daltrey, Gene Simmons and Alice Cooper,” the TJFF website says. I attended a music camp myself for many years, going on to become a counsellor, and eventually obtaining my undergraduate degree in music as a result of my camp experience. Watching the campers discuss Rock Camp’s impact on their lives struck a chord with me. 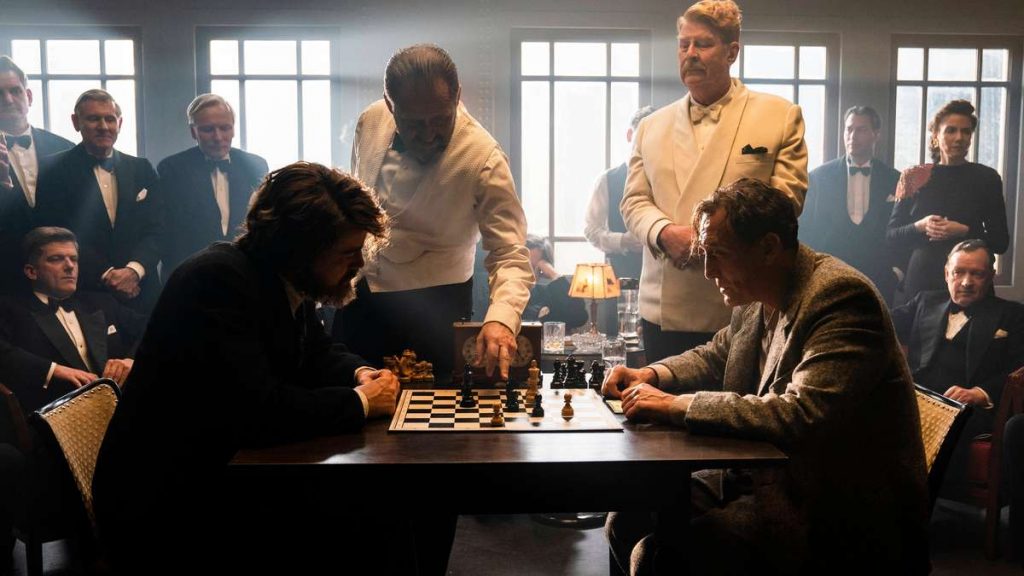 If you’re looking for chess-related films, this feature based on a Stefan Zweig novella is for you! It follows Austrian lawyer Josef Bartok, who is arrested and thrown into solitary confinement when Nazis invade Vienna. Psychologically tormented for months, what ends up saving Bartok is a book about chess, the website says.

Carol of the Bells by Oleksandr Zakhliupanyi 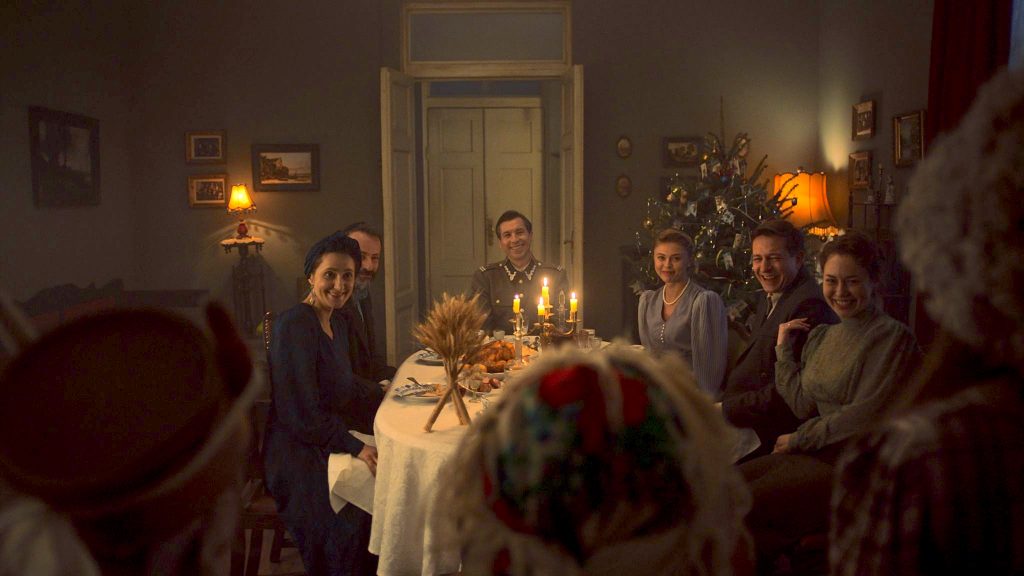 Carol of the Bells film still.

This film investigates the prewar Nazi and Soviet occupation in Ukraine and its aftermath. I watched it back in 2021 and immediately knew we should screen it. All these months later, the film is more resonant because of its emphasis on the resilience of the Ukrainian people. The Christmas tune “Carol of the Bells” is adapted from a Ukrainian folk melody, and the tune, “came to represent the spirit of brotherhood,” the TJFF website says. Zakhliupanyi’s film focuses on a Polish, Jewish, and Ukrainian family that share a house, and nights filled with music. However, their bliss is over once the occupation begins; in order to “ensure their survival, these families must learn to trust one another,” the website adds.

What I look forward to watching 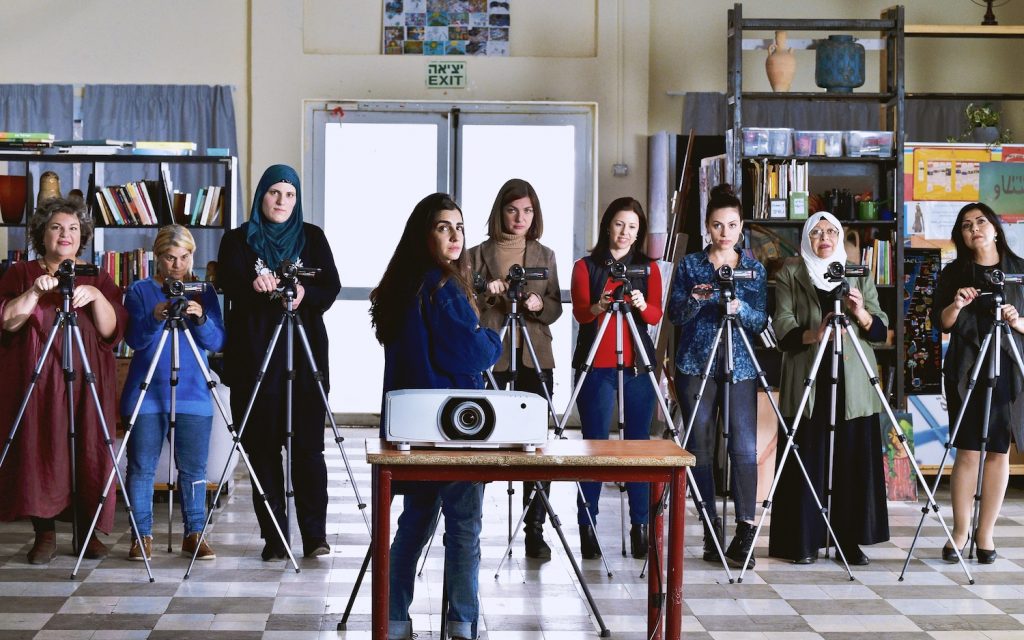 Many of my fellow programmers are particularly excited about this film; it recently won TJFF’s Micki Moore award. The juried prize is given to the most deserving narrative film written or directed by a woman. The film centres on a cohort of nine women from Jewish and Arab backgrounds who attend a filmmaking course. “Each week, they share their personal video footage with their classmates. Though the process highlights the stark differences in their circumstances, it also underscores profound points of connection,” the TJFF website says. I love documentaries and works that showcase the power of art, so I have high hopes for Cinema Sabaya.

A Tree of Life by Trish Adlesic 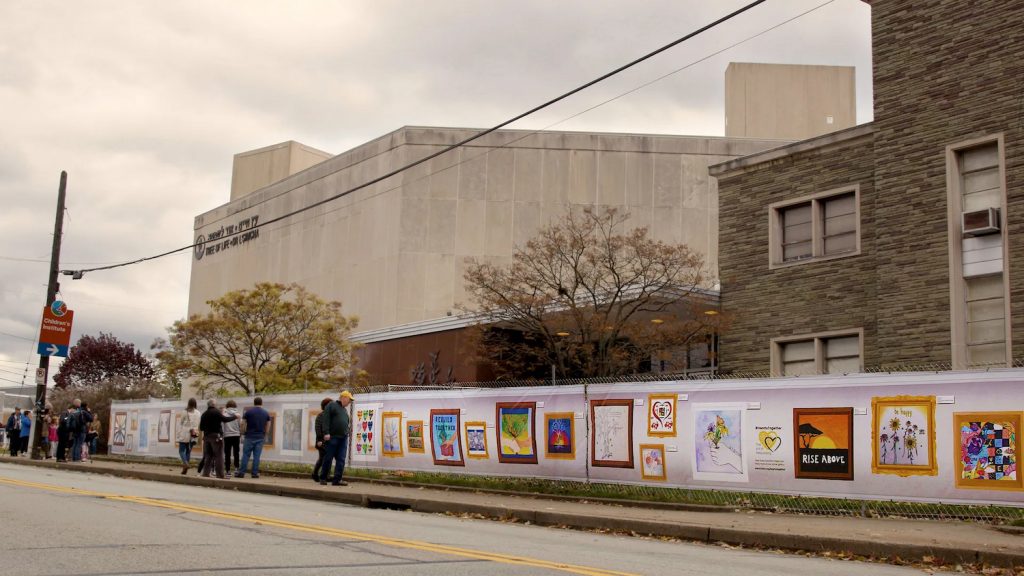 A Tree of Life film still.

This documentary is a heavy one, but will likely be of interest to many. The film delves into the impacts of the shooting at the Tree of Life Synagogue in Pittsburgh, the “deadliest anti-Semitic attack in American history,” the TJFF website says—interviewing survivors and the families of victims. Experts also discuss ways to prevent future attacks. 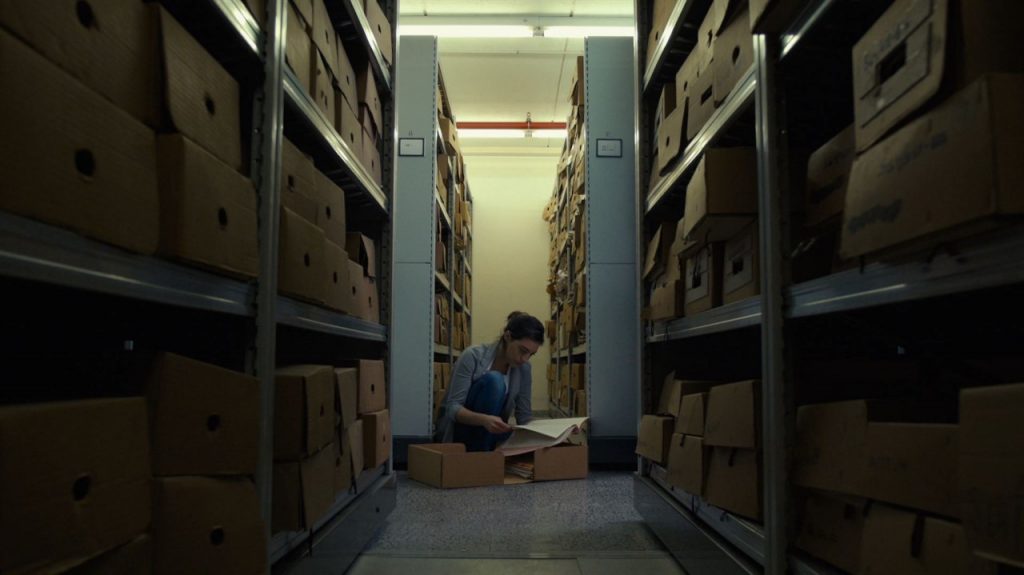 I missed Blue Box when it screened at Hot Docs last year, so I’m happy to have a second chance to catch it at our festival. Yosef Weitz was celebrated as the “father of forests” he introduced the Jewish National Fund Blue Boxes, which symbolized support of Israeli agricultural development. Through his private diaries and papers, his granddaughter Michal Weits (who also acts as director) discovers “a darker side of his legacy.”’ 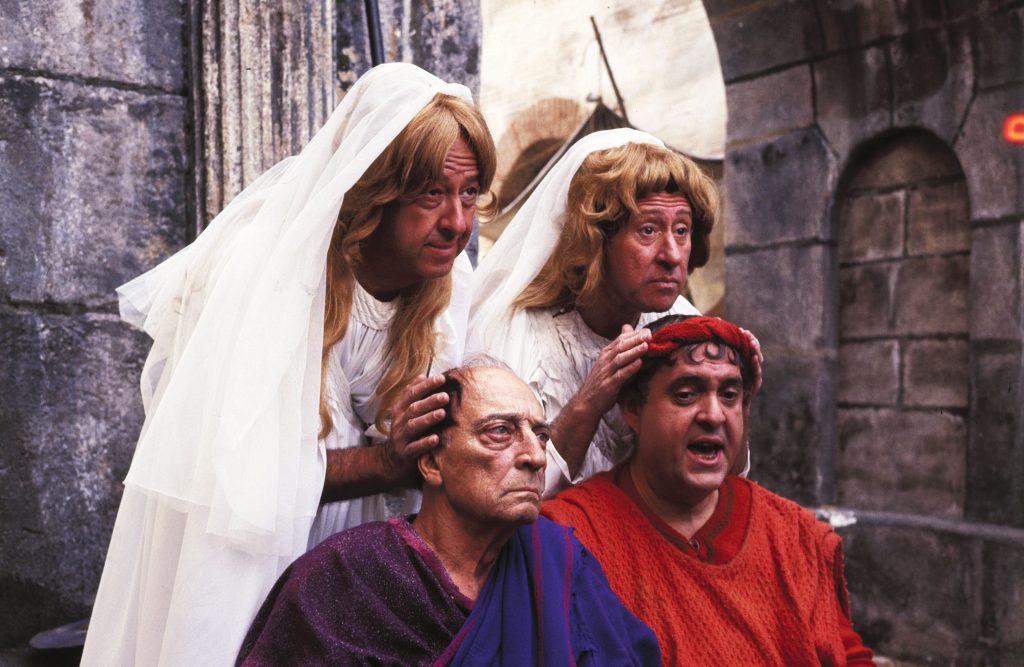 A Funny Thing Happened on the Way to the Forum film still.

I’ve seen this hilarious play at Stratford a number of times, but wasn’t aware that there was a film adaptation. TJFF is doing a series of archival programs that honour Jewish actors, including Zero Mostel, and I’m really looking forward to this (free) outdoor screening.

P.S. Niv is also co-presenting three films at the festival! Joyce Carol Oates: A Body in the Service of Mind, The Fourth Window, and Who’s Afraid of Jewish Humour? When purchasing tickets to any of these three films, use the promo code NIV@TJFF to get a discount.

As you can see, May and June are shaping up to be a busy couple of months! I’ve worked at the Toronto Jewish Film Festival for over three years now, though I’ve only been able to experience one in-person festival (thanks COVID!) so I’m really looking forward to June and I hope you are too!

Lara Bulger has a deep-rooted commitment to the arts. With a Bachelor’s degree in Music with minors in Film and English, plus a Master’s Degree in Arts Leadership, she is passionate about the capacity of art to bring about social change. Lara is currently pursuing her PhD in Cultural Studies at Queen’s University, focusing on documentary film and its social, political and cultural impacts.

Liana Finck zaps God and us into the light

Purim and Passover, here we come!